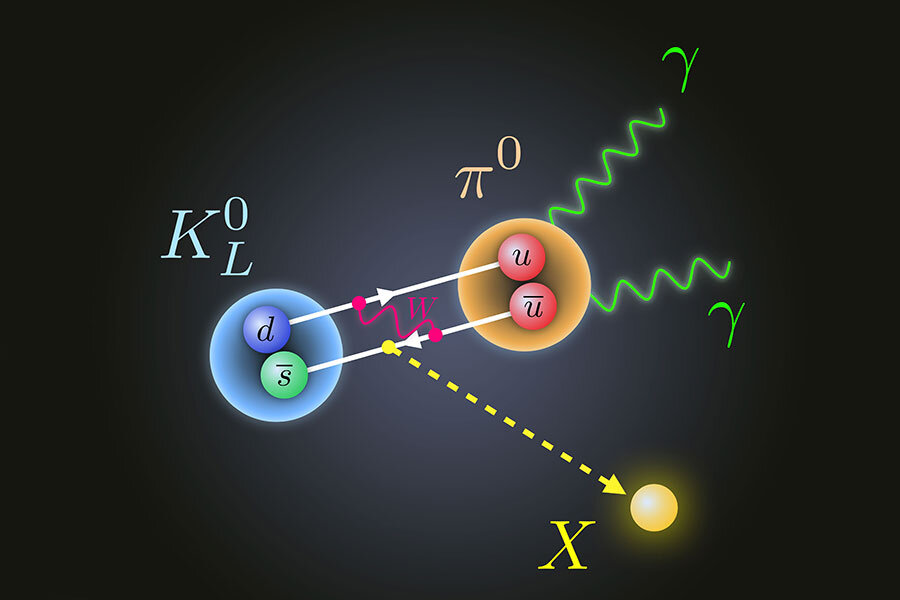 Florida State University physicists believe they have a response to unusual incidents of uncommon rot of a subatomic particle called a Kaon that was accounted for a year ago by researchers in the KOTO experiment at the Japan Proton Accelerator Research Complex.

FSU Associate Professor of Physics Takemichi Okui and Assistant Professor of Physics Kohsaku Tobioka published a new paper in the journal Physical Review Letters that recommends that this rot is a new, short-lived particle that has stayed away from recognition in comparable investigations.

“This is such a rare disintegration,” Okui said. “It’s so rare, that they should not have seen any. But if this is correct, how do we explain it? We think this is one possibility.”

Kaons are particles made of one quark and one antiquark. Analysts concentrate on how they work—which incorporates their rot—as an approach to all the more likely see how the world functions. However, a year ago, scientists in the KOTO explore revealed four examples of a specific uncommon rot that ought to have been too uncommon to ever be identified at this point.

This perception damages the standard model of material science that clarifies the essential thing powers of the universe and orders all known rudimentary particles.

As indicated by their figurings, there could be two opportunities for new particles. In one situation, they recommend that the Kaon may rot into a pion—a subatomic molecule with a mass around multiple times that of an electron—and an imperceptible molecule. Or then again, the specialists in the KOTO analysis could have seen the creation and rot of something obscure to physicists.

Scientists in Japan are leading an uncommon information rush to affirm whether the past perceptions were genuine discoveries of new particles or clamor.

“If it’s confirmed, it’s very exciting because it’s completely unexpected,” Tobioka said. “It might be noise, but it might not be. In this case, the expectation of noise is very low, so even one event or observation is very striking. And in this case, there were four.”

Okui and Tobioka’s co-authors on this study were Teppei Kitahara and Yotam Soreg from the Israel Institute of Technology and Gilad Perez from the Weizmann Institute of Science in Israel.