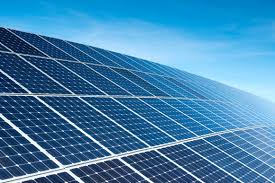 McGill University specialists have increased tantalizing new insights into the properties of perovskites, one of the world’s most promising materials in the mission to create a progressively productive, strong and less expensive solar cell.

In an examination published in Nature Communications, the scientists utilized a multi-dimensional electronic spectrometer (MDES) – an interesting instrument hand-built at McGill—to watch the conduct of electrons in cesium lead iodide perovskite nanocrystals. The MDES that mentioned these observations possible is fit for estimating the conduct of electrons over phenomenally brief periods of time—down to 10 femtoseconds, or 10 millionths of a billionth of a second. Perovskites are apparently strong crystals that previously attracted consideration 2014 for their irregular guarantee in future solar cells that may be less expensive or more defect tolerant.

A most exciting revelation

“It’s the most exciting result that I have been a part of since starting in science in 1995,” said senior author and McGill chemistry professor Patanjali Kambhampati of the discovery of perovskite’s liquid-solid duality. “Instead of searching for perfection in defect-free silicon microelectronics, here we have a defective thing that’s defect-tolerant. And now we know a bit more about why that is.”

As the scientists looked all the more carefully at the crystals utilizing the MDES, what they saw was something that difficulties our traditional comprehension of the contrast among liquids and solids.

“Since childhood we have learned to discern solids from liquids based on intuition: we know solids have a fixed shape, whereas liquids take the shape of their container,” said Hélène Seiler, lead author of the research and a former Ph.D. student in the Department of Chemistry at McGill who is currently at the Department of Physical Chemistry, Fritz-Haber-Institut at the Max-Planck Institute. “But when we look at what the electrons in this material are actually doing in response to light, we see that they behave like they typically do in a liquid. Clearly, they are not in a liquid—they are in a crystal—but their response to light is really liquid-like. The main difference between a solid and a liquid is that a liquid has atoms or molecules dancing about, whereas a solid has the atoms or molecules is more fixed in space as on a grid.”