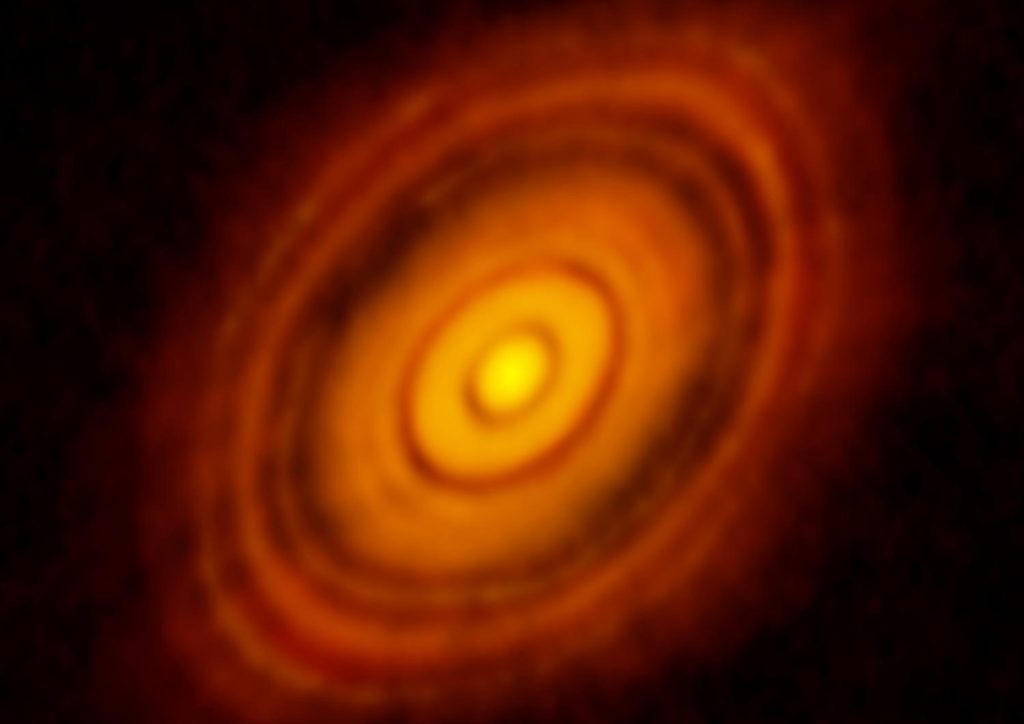 The clear divide between the inner and external solar system is the heritage of a ring structure that existed a very long time before the planet-forming disc that surrounded the Sun. That is the conclusion of Ramon Brasser at Tokyo Institute of Technology and Stephen Mojzsis at the University of Colorado Boulder, who have consolidated computer simulations of Jupiter’s formation with perceptions of the discs encompassing youthful stars.

The solar system is divided between the inner rocky planets and asteroids, and the external gas giants – with the border between the two regions lying between Jupiter and the asteroid belt. This difference can be quantified in terms of carbon – with the element being substantially more abundant in the external part of the solar system than it is in the inward rocky planets and asteroids. The thing that matters is distinct to the point that astronomers presently broadly believe that material in the recently formed Sun’s planet-forming circumstellar disc was also partitioned in terms of its composition.

For some reason, carbon-rich material from the external solar system has been kept from moving into the inward solar system. One clarification for this barrier is that it emerged during the formation of Jupiter. As the gas giant assembled mass, the theory proposes, it forestalled carbon-rich dust and sub-meter “pebbles” from arriving at the internal solar system.

In any case, Brasser and Mojzsis guarantee to disprove this hypothesis in their study. Through simulations reproducing the conditions of the early solar system, they indicated that Jupiter would not have accumulated mass fast enough to make such a huge barrier.

For an elective clarification, the couple looked to perceptions made by Chile’s ALMA telescope, which has watched a rich variety of ring structures in the circumstellar discs of numerous youthful stars. They suggest that comparable rings were probably going to have existed around the Sun as the planets were forming. Provided that this is true, they could have made regions of high-pressure gas and dust which would have been troublesome, however not feasible, for carbon-rich objects to cross.

If these ring structures endured long enough, Brasser and Mojzsis contend that they could have on a very basic level changed the structure of the solar system, keeping the present terrestrial planets from getting more matter to become giants. They likewise believe that other high-pressure rings are probably going to exist farther out in the solar system and that the gas giants may have formed as they fell into the lower pressure sinks that lay between the rings.

At last, their work proposes the requirement for a crucial rethink of Jupiter’s role in the solar system’s characteristic distribution of carbon. With the decent variety of perceptions of circumstellar discs accumulated by ALMA, they could likewise assist astronomers with learning more about the formation of star systems other than own.